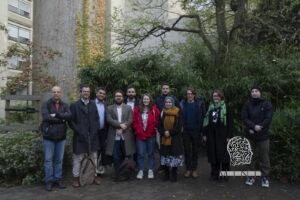 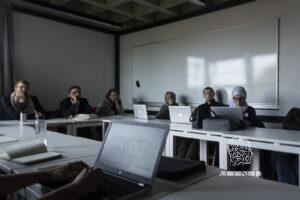 The NISIS Autumn School 2021 “Islamic(ate) Classics From Manuscript to the Digital Age” took place in Leuven in 8-12 November 2021. The school was co-organized and hosted by Faculty of Arts at the KU Leuven, the Research Group of Arabic and Islamic Studies and Leuven Centre for the Study of Islam and Society (LCSICS).

The topic of the school was inspired by Ahmed El Shamsi’s book Rediscovering the Islamic Classics: How Editors and Print Culture Transformed an Intellectual Tradition and was looking to highlight the impact of technological changes on Islamic(ate) primary sources and scholarship, not only during the printing age, but up until the current digital era as well. Speakers also were invited to reflect on the concept of “Islamic classics,” and how primary texts were produced, shaped, transmitted, and transformed throughout Islamic(ate) book history.

Keynote speeches were provided by Beatrice Gründler (Seminar für Semitistik und Arabistik, Free University Berlin), Brinkley M. Messick (The Middle East Institute, Columbia University), Peter Verkinderen  (KITAB project, The Agha Khan University London), and Ahmed El Shamsy (Near Eastern Languages and Civilizations, University of Chicago). Emad Mohamed (Senior Lecturer at the University of Wolverhampton, UK) leaded a workshop on Authorship Attribution for the Arabic Textual Heritage, and a roundtable The Computational Study of Culture: Cultural Analytics for Modern Arab and Muslim Studies was chaired by Eid Mohamed (Doha Institute for Graduate Studies). 15 MA students and PhD candidates affiliated to the universities in the Netherlands and Belgium presented their papers during 6 panels covering wide range of topics related to Islamic studies. Two members of MIND project Mansur Gazimzianov and Galiia Muratova presented their papers at the panel dedicated to the Soviet Islam. Mansur talked on how continuity and disruption of Muslim tradition during the Soviet era is shaped in the autobiography of Soviet-era imam ‘Alimjan b. Muhammadjan (1892-1964). Galiia Muratova has stepped out of the textual tradition in favor of the visual sources presenting The visual tabaqat of Soviet Islam, she explained the transmission of the classical tabaqat genre from the texts to the photographs.